Here are a few more links relating to this topic, which seems to be all over the news lately.

This first item, from the Wildlife Conservation Society and the IUCN (International Union for the Conservation of Nature, the same organization which just declared the Western Black Rhino officially extinct) is a publication called Pachyderm. In it, there are several case studies about both rhinos and elephants, including some information on using micro-chemical evidence to trace the origin of poached ivory. Here’s the link to the complete PDF.

Edge of Existence is a website I recently stumbled across, and I think it has a lot of well-researched information about a lot of issues in wildlife conservation. EDGE stands for “Evolutionarily Distinct and Globally Endangered” species – unique creatures threatened by human activities around the world. Their page for elephants, linked here, has some really useful information on elephants’ role in maintaining the savanna ecosystem, conservation initiatives currently in use, links to organizations involved in elephant conservation, and references to more scientific information about Loxodonta africana.

The International.org posted a brief article in June 2012 about the impact of poaching on ecosystems, which is a nice model for the 9th grade poaching project currently underway. 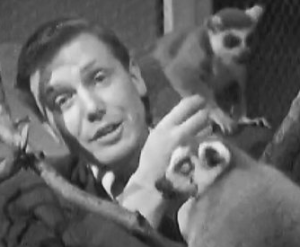 And finally, no wildlife conservation unit would be complete without at least one video from Sir David Attenborough (probably my favorite scientist of all time). The short video clip linked here is from Sir David’s earlier work in Madagascar, so he looks a bit different than most of you are used to seeing him. It was originally released in 1961 – 52 years ago!